It was last minute, but our Visas came through just in time and we left for India tonight at 9:30.

Getting back to Delhi is like coming home. I was born here, and while so many things have changed since I last visited, it still feels like home. We arrived quite late and checked into our hotel. Tomorrow I’ll meet with our contact here and begin work.

Today we got acquainted with the city again. Delhi is quite a place! We got some great B-roll and we met with our coordinator here. I think all is laid out as well as it can be for now. You never know in India!

We interviewed Rajeev Sethi today, an old family friend. He said so many amazing things about my parents. India is starting to bring out the emotional side of this film, of me. It was tough. But moving right along with business, we set up at NASSCOM headquarters to interview Kirin Karnik –   a man deemed to be the Bill Gates of India. He worked with Dad on the UNESCO SITE experiments in the 70’s. It turns out he also later worked with Dad when the Jamia Institute was being set up. Karnik was on the Board of Directors for this push in communications education.

This morning we went to the Jamia Institute to interview MediaStorm. MediaStorm is a group of three women, now activist filmmakers and all teaching at the Jamia, who studied under my father in the Institute’s first class. Shohini Ghosh, Sabina Kidwai, and Sabeena Gadihoke all shared fond memories of those early classes at the school and about my parents. We got some great b-roll of the school too. One of the things that my parent’s implemented was that film was a multidisciplinary study and that idea still resonated today as we watched a drama class rehearse in the yard.

Later, I was shown a couple of films made by those first students about Mom and Dad. Dad spoke in his usual candor about making films while Mom had her own forum for justifying her role all these years and promoting gender equality. It was an interview with Jamal Kidwai, after whom the school is now named, that really got me. He spoke of my Mom and his fondness for her. And then he spoke of her final days and about how she had wished to die in India, but it was not to be, and she died instead in a foreign land. This was very hard for me to hear and it took me a while to compose myself. But there you have it, the emotion is starting to force its way out – and I’m learning a lot.

My parents’ influence and reach here in India is truly beyond the scope I had expected. Today we are interviewing I.K. and Sheila Gujral’s. I.K. is the former Prime Minister of India. They became very close with my parents at the time when Dad was setting up an institute for film studies in Poona and remained friends throughout the rest of their lives. I.K. had some great insight into what my parents did for India. Then we went to Chandi Chowk and got some wonderful b-roll of Indian life – the people, the streets, and the performers. 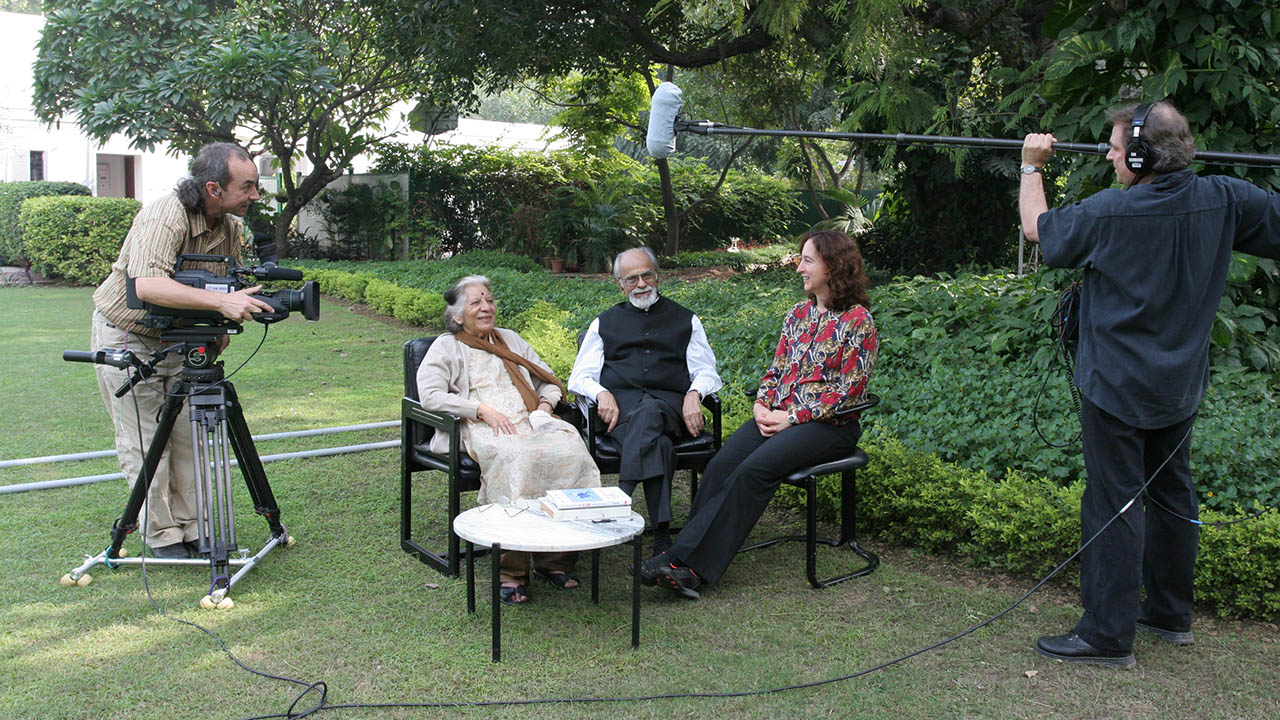